America: Jews Demand 24/7 Protection by Riot Police to Keep People from Killing Them 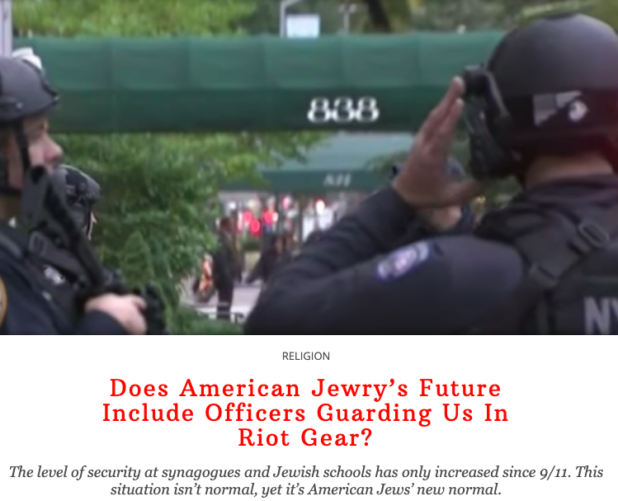 So the thing about Jews is, people hate them for absolutely no reason, across the entire planet.

They have a country of their own, but most of them prefer to live in other people’s countries for some reason.

While living in other people’s countries, it is the duty of the taxpayers of those countries to spend massive amounts of money accommodating them, including protecting them from all of these people who want to kill them for no reason whatsoever. 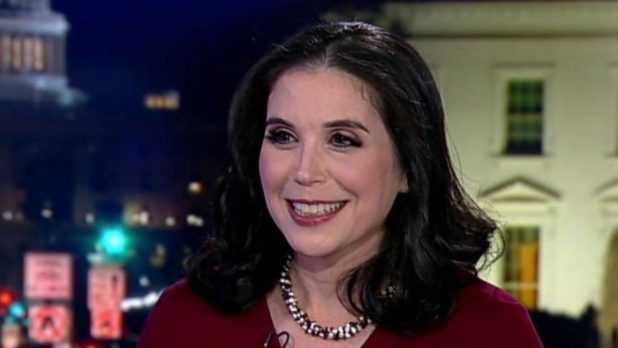 She writes for The Federalist:

Growing up in the 1980s and ‘90s, anyone could walk into my suburban New York synagogue for Rosh Hashanah or Yom Kippur. Sure, adults were supposed to have tickets, but there was no bouncer by the door. We had two local police officers who stood out on the street directing traffic for those two holidays, but that was explained by my synagogue’s location atop a hill; drivers climbing that hill couldn’t see the larger-than-usual stream of pedestrians from afar.

After 9/11, the synagogue I attended in D.C. added year-round security. Whenever I arrived from work for Friday evening services, I faced a security guard and a bag check.

The level of security at synagogues, Jewish schools, and Jewish community centers has only increased since then. Some of these buildings have video camera buzzer systems, security guards, or police officers. This is all to protect American Jews while we pray, socialize, and educate our children. In the wake of attacks in Pittsburgh and Poway, California, that trend is unlikely to reverse itself.

This situation isn’t normal, yet it’s American Jewry’s new normal. The metro area where I grew up feeling incredibly comfortable as a Jew now makes headlines for a seemingly endless parade of antisemitic hate crimes. New York City, home to more than a million Jews, is in the thick of it.

As of Oct. 6, a spokesman for the New York City Police Department told me the department had recorded 323 hate crimes for 2019, 170 of which targeted Jews. By contrast, there were 111 antisemitic hate crimes at this point in 2018, marking a 53 percent increase over last year.

Former New York State assemblyman Dov Hikind, who founded Americans Against Antisemitism, told The Federalist, “What’s going on is unconscionable, the crimes that are going on on a regular basis. Every time you turn around, a Jew gets assaulted.”

What is unconscionable is that you people whine about this endlessly – define yourselves by it – yet simply refuse to ask why it is happening. Ever.

Rosh Hashanah was no exception, with attacks over that two-day holiday that included a teenager pulling a 22-year-old woman’s religiously significant scarf and wig from her head in Bedford-Stuyvesant and vandals breaking the windows of a Williamsburg synagogue while Jews prayed inside. On Oct. 5, a group of Hasidic teen girls walking in Williamsburg had their hair pulled by girls asking, “Is it real?”

Funny. “Is it real?” was my question for them.

HATE ATTACKS CONTINUE: On Saturday 8:30pm, a group of 17-year-old Hasidic girls walking on Marcy x Ellery were approached by a group of girls who pulled their hair, asking "is it real?" and laughed. @NYPD79Pct we need more security, thanks @WspuShomrim for ensuring it's reported.

“Eye-witness accounts” have a record of not being especially credible.

Shortly before Yom Kippur, Chaim Deutsch, chairman of the New York City Council’s Jewish Caucus, told me he’d spoken to both the mayor and the police commissioner. “They see the urgency of how the community is very concerned about their safety and well-being,” and responded with visibility patrols and police cars with their light bars on, ensuring people requiring help can find it easily.

This sounded promising. When I saw pictures of four New York City synagogues, however, my heart sank. While I applaud and very much appreciate the men and women of the NYPD, does American Jewry’s future include officers in riot gear? If so, American synagogues are likely to become unmarked fortresses rather like those in Europe. While our children might accept that as normal because they won’t know any different, we definitely do.

Why are European synagogues “unmarked fortresses”?

Why does everyone on earth want to kill you people????

Can we at least ask that question?

Hikind, whose organization recently held a rally outside City Hall, wants Mayor Bill de Blasio to visit Brooklyn’s most affected communities, declare a state of emergency, and “bring people together in a real dialogue” to “ask the questions no one wants to talk about.” Those questions include: Who’s committing these crimes (probably not all right-wingers, Mr. Mayor), why, and what’s required to end such crimes?

In New York, it’s all black people and we all know that, so yes, it was very weird when de Blasio said “right-wingers.”

The why is different for every group, but it always relates to your behaviors.

The why with the blacks is probably that you’re greedy landlords, mainly.

Councilman Deutsch, who says “no one deserves to be walking out of their house and ending up in a hospital,” told me the city has begun to take action. Its actions include creating a new mayoral office for hate crime prevention and the council funding the installation of surveillance cameras near synagogues, playgrounds, and schools starting in November.

Goyim spending massive amounts of money to protect Jews from all of these people that hate them.

It’s the circle of life.

The creation of Israel was supposed to end this. 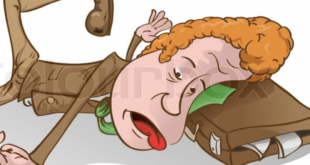