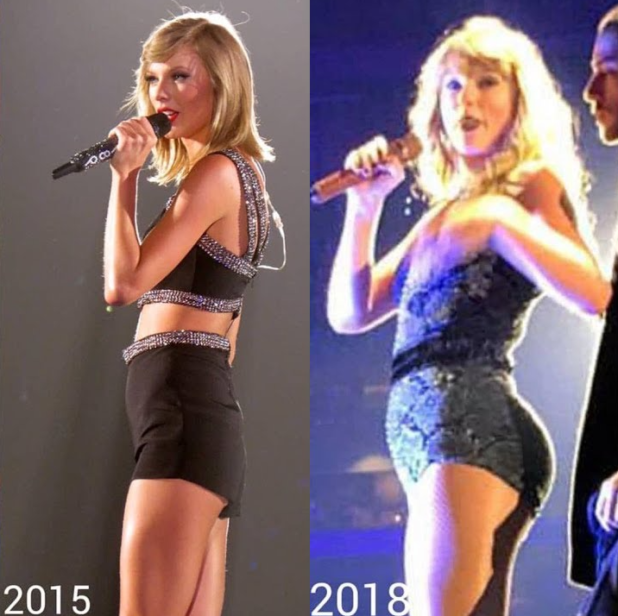 She’s not going to be moving too swiftly with the junk in that trunk! More like Taylor Slow!

Taylor Swift’s sales are down after she got fat, went full beast mode and started demanding that her male followers get penises rammed up their anuses and that her female followers engage in bestiality with the blacks???

The album is still selling well, and hit number one, but it is heartening to see that she is losing large numbers of fans.

Taylor has been “getting political” since she hit the wall and blew up like a blimp.

The second single, the title track of “Lover,” released last week, featured her having sex with a jungle ape.

For those who weren’t paying attention, before her hormonal system collapsed last year at age 28, Taylor Swift was the fairest one of all and a wholesome Christian conservative who promoted family values. That is how she became the most popular musician of the 2010s.

Now she’s just another fat old childless nigger-fucking fag-hag, and people are sickened by her. 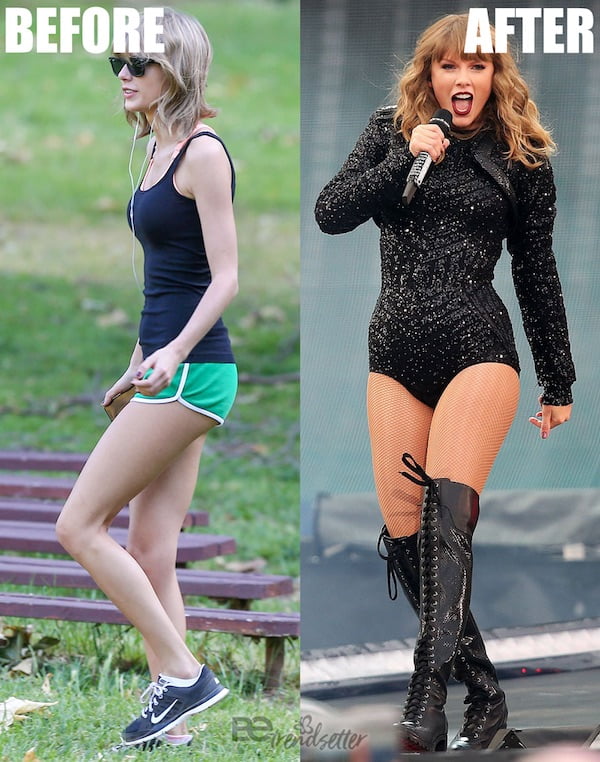 I feel bad for her fans who are trying to follow her on her journey into absolute depravity. But I suspect that isn’t very many. I think people are probably buying the new album just to try to understand what went wrong.

But I can tell you what went wrong – the bitch hit the wall!

She couldn’t even trim up for a few days to be in her music video! And still somehow had the nerve to appear in a bikini! 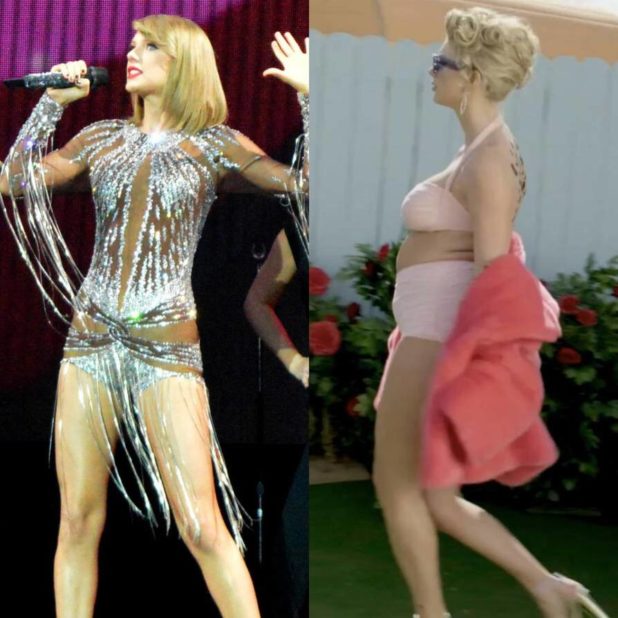 She could easily have not eaten for a week before filming that shot. But it actually looks like she didn’t even care enough to suck in the fat! The sick bitch is proud of her bulbous monster form!

And this isn’t even her final form!

You must understand that women are like tigers: they can be cute while they’re young, but as they age they turn into vicious savages hellbent on destruction.

A woman is attractive from entering puberty until her mid-twenties (if she’s healthy she makes it that far) because this is the peak of her fertility. This is when nature is telling men to put their seed into the woman so that she produces children. That period is also when the woman is most pleasant.

After that period, according to nature, she should already have 4-7 kids, and be dealing with them all the time. Not strutting around like a teenager trying to look attractive. Because what use is an attractive woman with kids?

You see a woman in her thirties with a little extra weight on her, not the perfect shaped face, and she’s got kids running around and you’re like “oh that’s a mother. Her role is not to be sexually appealing, but to care for the children.”

What women like Taylor Slow are doing is foregoing having kids and trying to prolong the image of fertility after fertility has passed, and this leads to monstrousness.

Struggling like this, the bitch then says “oh I’ll just destroy society then, as it has been cruel to me.”

We need to implement forced child marriage in America.