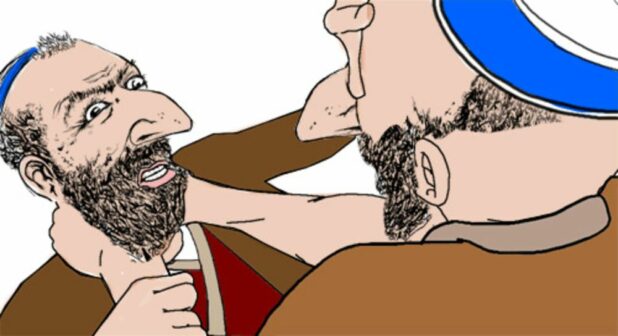 Jewish internal politics are as abusive and deranged as Jewish family dynamics.

The core debate in Israel is between Jews who want to do what is best for Jews and Jews who have bought into their own Jewish propaganda (“high on their own supply”).

There is a huge amount of pressure – on both sides – from the Jewish diaspora, given that Jewish billionaires do not live in Israel. Israeli politics are not exactly national politics, but international Jewish tribal policy, which means that a Jew having never lived in Israel does not preclude them from involvement in Israeli politics.

Israel’s outgoing coalition has been the most diverse in the country’s history, bringing a slew of progressive policies on the environment, LGBTQ issues and funding for the country’s Arab minority.

But now, even before it takes office, Israel’s expected new coalition government — overwhelmingly male, religious and right-wing — is promising to roll back many of the achievements of its predecessor, prompting concern from activists and liberals over where their country is headed.

If its promises materialize, a tax on environmentally destructive single-use plastics could be abolished. New protections for gay Israelis could be reversed, and generous budgets for the long underserved Arab sector could be slashed.

The outgoing coalition lasted for just over a year and collapsed over disagreements on the Palestinians — although on that subject, its policies were largely unchanged from previous, hard-line governments.

But after Benjamin Netanyahu’s 12-year reign, activists say it brought a positive energy to the Knesset, or parliament, and pressed ahead on issues they say were largely ignored during his lengthy rule. Now, with Netanyahu set to take office again as head of what’s expected to be the country’s most right-wing government, fears are rising that all that will be undone.

Gay Jews and female Jews are organizing a protest movement with the Palestinians.

Wow! People just KEEP TURNING UP to meetings across Israel, to organize the fight against the new government!

This is how we BUILD a movement for change. pic.twitter.com/yHmJKPVaQq

It proves that not even the Jews can tolerate gays and women. These two groups are always going to be naturally subversive, and will ally with your blood enemies against you. Jew women are not as extreme about this as white women, though that is probably mainly due to the fact that Jews have been able to maintain more of their traditional culture than whites. (After all, it is Jews that have destroyed white traditional culture, so the destruction of Jewish traditional culture is just a spillover or perhaps blowback from the campaign – it’s like if you drop a nuclear bomb on your enemy and the fallout drifts into your own country.)

“In the last government … the public discourse was one of rights and equality and ending discrimination,” said Hila Peer, chairwoman at Aguda — The Association for LGBTQ Equality in Israel.

What they are hearing now, Peer said, “is a discourse of fear.”

Israel’s Nov. 1 elections opened the way for Netanyahu’s return, bolstered by a stable majority with ultranationalist and ultra-Orthodox allies, among them extremist lawmaker Itamar Ben-Gvir. Netanyahu is expected to complete negotiations on forming a new coalition in the coming weeks.

When the AP uses the word “extremist,” it is usually histrionics. In this case, however, it’s probably the correct term.

Itamar Ben-Gvir (Hebrew: אִיתָמָר בֶּן גְּבִיר; born 6 May 1976) is an Israeli lawyer and politician and a leader in the Israeli far-right Otzma Yehudit party.

Ben Gvir, an extremist who had faced dozens of charges of hate speech against Arabs, was known to have a portrait in his living room of Israeli-American terrorist Baruch Goldstein, who in 1994, massacred 29 Palestinian Muslim worshipers and wounded 125 others in Hebron, in what became known as the Cave of the Patriarchs massacre. He removed the portrait after he entered politics. In 1995, he threatened the then-Israeli Prime Minister Yitzhak Rabin —who was assassinated two weeks later— saying “we got to his car, and we’ll get to him too,” after having stolen a car ornament from his Cadillac.

As a lawyer, he is also known for defending Jewish radicals on trial in Israel. He has called for the expulsion of Arab citizens of Israel who are not loyal to Israel. He is currently a member of the Knesset, his voter base mostly consisting of young Israelis.

Perhaps it’s encouraging that even among the Jews, those supporting right-wing radicals are the young.

How will the new right-wing #Netanyahu government affect Israel's relationship with allies? @BazakShai analyzes how the incoming government might find foreign relations difficult with allies wary of Itamar Ben-Gvir and Bezalel Smotrich#i24NEWSDesk | With @sarahmartinez_7 pic.twitter.com/CDPaVOL52Y

Frankly, it was obvious that Bibi was coming back as soon as he left. This man is extremely driven, and right-wing Israelis ultimately have more international support than left-wing Israelis.

This video is pretty instructive:

That’s a Jew from Australia who works for the Jewish-Canadian Ezra Levant’s media company Rebel Media (the former employer of Gavin McInnes, Lauren Southern, and Laura Loomer, among others).

Levant’s main stated complaint is about Bibi’s coronavirus agenda. It’s possible that Levant believes Bibi is killing everyone with the vaccines. To his credit, Levant was strongly against the vax in Canada (though one would presume that he was simply seizing a leadership position, as Jews always do, rather than assuming he actually cares about the “goyim”).

Bibi’s decision to go full-on with the vax remains totally inexplicable. When the vax was rolling out, various right-wingers were saying that Israel possibly could have given saline shots to their population. I agreed this was technically possible, but argued it was much too complicated, and it would have been easier to simply not have an extreme vax regime. Bibi is a right-winger, so he easily could have just said “Israelis should be free” and not compelled anyone to take the vax. Conversely, they could have imported the placebo vax from China and then implied they did that because Jews are cheap. Instead they went full-Pfizer, and we now see that they are suffering from the “died suddenly” phenomenon as much as any country that took this experimental gene therapy.

These are the “bonus death” percentages:

At 12.4%, Israel is experiencing a bigger increase in “all-cause mortality” than countries with higher vaccine uptake rates. This is presumably because they only took the Pfizer vax, which turned out to be by far the most deadly, whereas European countries got a lot of the relatively much safer Astra-Zeneca vax before it was pulled off the market.

Israel’s uptake was only 65%, so maybe they didn’t really force the issue as much as it seemed from the outside. It’s possible that one group of Jews was compelling another group of Jews to take the vax, though I do not know the specifics of that.

It’s good to know an overview of the internal dynamics of the Jews, given that these people rule over us, defining our entire lives. 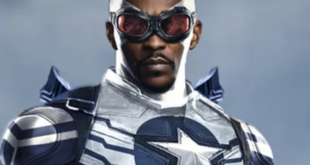 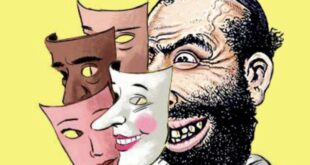 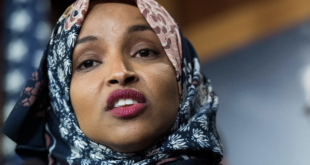