Okay, this is epic.

After some verbal combat between Jair Bolsonaro and Emmanuel Macron, Brazil’s tourism ambassador – MMA fighter Renzo Gracie – upped the ante, calling the French leader a “clown” and threatening to choke him. Diplomacy in 2019.

To recap, Brazilian President Jair Bolsonaro recently earned the scorn of French President Emmanuel Macron for mocking Macron’s 66-year-old wife Brigitte on Facebook. Macron had earlier accused Bolsonaro of reneging on his commitments to the environment, as G7 leaders discussed wildfires burning in the Amazon rainforest.

Though the tiff seemed over, Bolsonaro was still miffed at the G7’s offer of a $22 million “colonial” aid package to fight the fires, which, he pointed out, burn every year in the Amazon and are being handled by Brazilian authorities.

However, Gracie turned things up several notches over the weekend, in a diplomatic exchange that would put the trash talk of any UFC fighter or bare-knuckle boxer to shame.

“The only fire going on is the fire inside Brazilian hearts and our president’s heart, you clown,” Gracie thundered in a Twitter video addressed to Macron, who he oh-so-cleverly rebranded “micron.”“Come over here, you’ll be caught by the neck, that chicken neck. You don’t fool me,” his rant continued.

Bolsonaro turned out to be a kind of boring Zionist shill, even though he said some funny stuff. He also tried to get the US to invade Venezuela as part of an anti-Chinese Jewish global domination scheme.

What’s up with that, for real?

And I’ve got a soft spot for the Gracies.

Blaming Bolsonaro for the fires in the Amazon is also just totally insane. The media and people like Emmanuel Macron are literally claiming that Bolsonaro released some kind of “fascist psychic energy” on the forest to set it aflame.

In actual fact, the Amazon is burned every year by slash and burn farmers. That practice is illegal in Brazil. But what are they supposed to do? It’s a lawless third world shithole.

By the way, I just want you to understand this: a granny who swoops in for sex with younger men is known as a “sabertooth.” 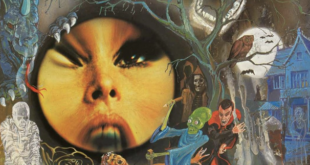 Mass Vote Hoax: Bolsonaro Hoaxed Out of Office in Brazil! Blood in the Streets??? 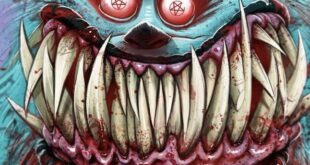 Brazil: “Woman of the Year” Award Goes to Man Who Says There’s No Such Thing as Women

France: 92-Year-Old Dies of Injuries After Being Robbed by Tranny Crackhead