The Jew Yolo has officially left Twitter, and things may well be looking up.

At least six executives have reportedly resigned from Twitter this week. The social media platform’s new owner, Elon Musk, called an all-hands meeting on Thursday, announcing a return to office hours and mentioning the possibility of bankruptcy unless the company can find a way to become profitable.

Among the departures was the head of safety and moderation, Yoel Roth, Bloomberg reported, citing insider sources. Musk had kept Roth on despite complaints from conservatives that he had been responsible for much of the political censorship on the platform – one of the reasons the Tesla and SpaceX CEO cited for buying the company.

“The economic picture ahead is dire,” Musk wrote in an email calling the meeting, according to the New York Times. “Without significant subscription revenue, there is a good chance Twitter will not survive the upcoming economic downturn.”

Unless Twitter can generate profits from its $8 monthly Blue program, bankruptcy is a very real possibility, Musk reportedly said, adding that the platform is currently too dependent on advertising.

A number of companies have pulled their ads from Twitter in recent weeks, due to a pressure campaign by activists angry at Musk’s buyout of the company – and endorsement of Republicans in the US midterm elections.

Yeah, endorsing Republicans was just stupid. I said that at the time: the risk-reward calculation is not reasonable at this time. He should have remained silent this round and then started building up for the 2024 elections.

Elon has launched the $8 checkmark program, which seems to be going swimmingly.

I’ve certainly doubted that Elon was actually going to bring us freedom of speech, but I’ve never doubted the fact that he wants to do this. I think if it were up to him, he would just let people say the n-word even. I don’t think that personally he cares at all.

The question is the strength of his will in the face of opposition. If the ads are gone for good and he knows that, there is much less of a reason to halt the freedom of speech agenda.

I think it’s possible we’ll get something out of this. I don’t want to say the n-word on Twitter anyway, I just want to post my ideas. That’s all. Though the slippery slope exists, if you just say “no slurs,” that is fine. I’m fine with that. And you can at least conceive of a line there, where there is a bump on the slippery slope – slurs are a defined thing that we all understand, so it’s not like “hate speech” or “harassment” where there are no definitions and anything can fall into this category.

Let’s just say: I’m feeling more hopeful than before. It might just be because this Jew is gone, but seriously, we all knew nothing was happening as long as that gay Jew was in charge. He was censoring worse than before, and we couldn’t expect Elon to keep track of all that.

Elon recently did a Twitter Space on the issue of advertisement on the platform in the future.

For what it’s worth, I never saw any ads for major companies on Twitter. I only ever saw spammy type stuff – crypto stuff, listicle sites, vacation bullshit, and so on. Those people are not leaving because the ADL demanded it. This whole advertiser collapse thing seems exaggerated by Elon for strategic purposes.

Here are some of his recent tweets regarding policy.

Please note that Twitter will do lots of dumb things in coming months.

We will keep what works & change what doesn’t.

Are you seeing far fewer bots/scams/spam?

We should be skeptical.

But we do not yet know that all is lost. 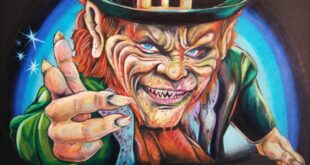 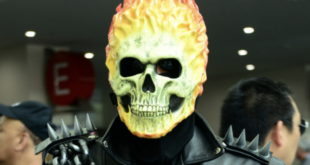 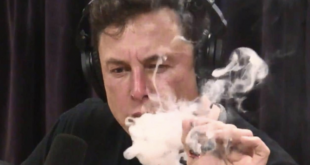