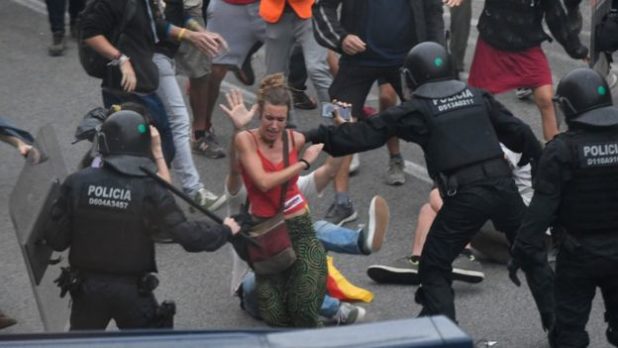 These independence movement protests in Barcelona are a joke.

Have you seen the crowds that rally for this farce? 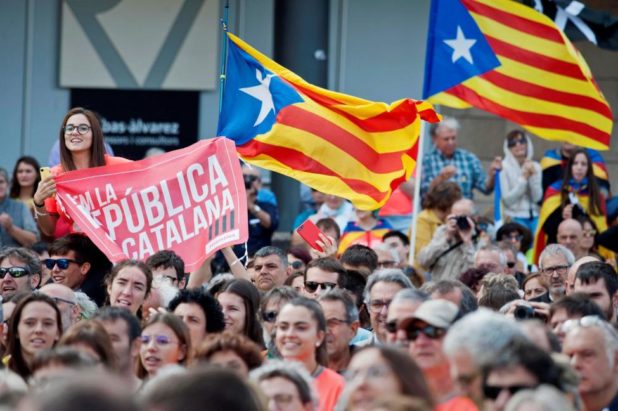 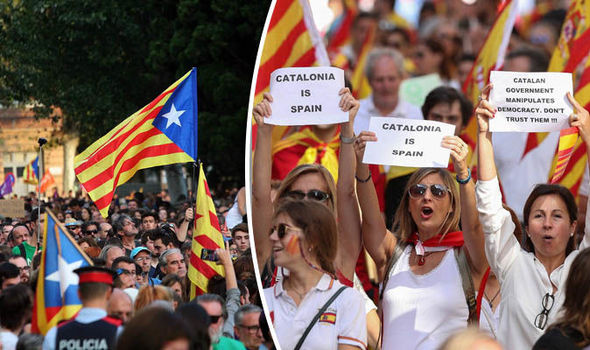 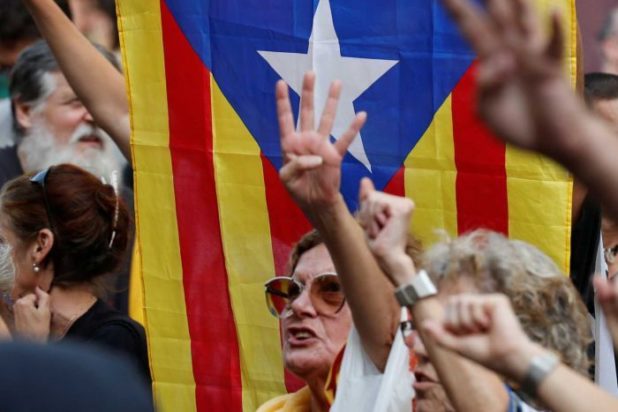 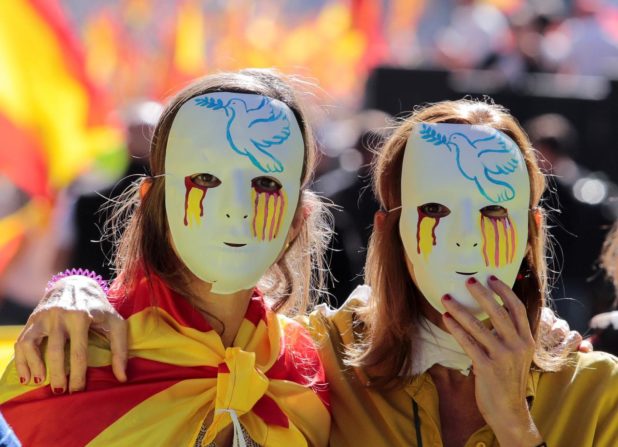 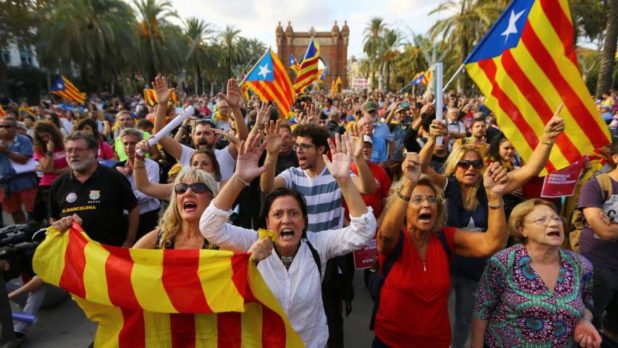 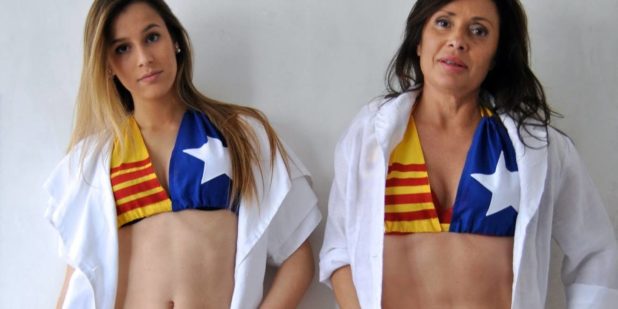 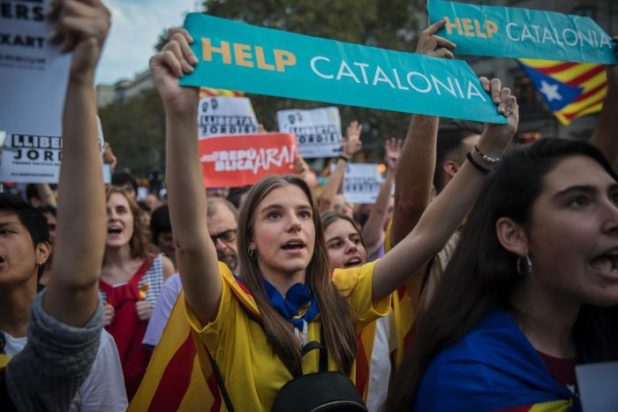 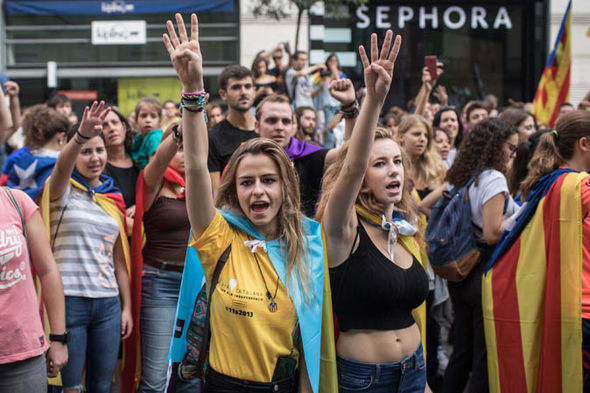 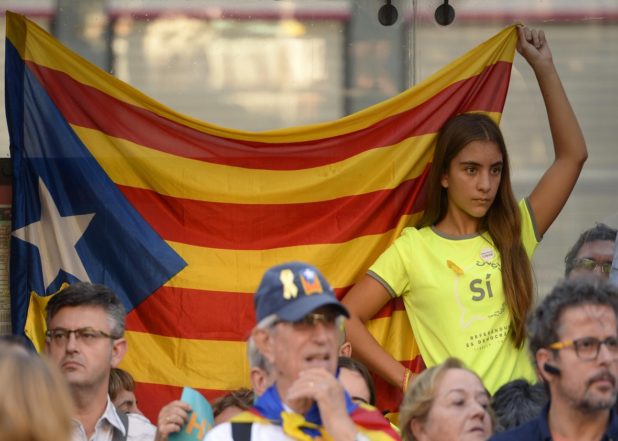 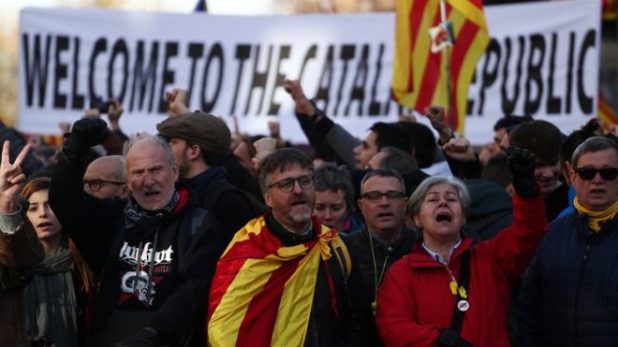 It’s all just wahmen and Boomers.

All the men are in riot gear getting screamed at and occasionally giving a good womping in return. As for all the other men in Spain – well, I would assume that they are at home, enjoying a weekend of peace free from their annoying side-THOTs and psychotic Boomer parents.

Barcelona is the most niggered-out city in all Spain. Why are they fighting Madrid? Is this some kind of pathological sublimation?

Protests erupted in Barcelona after Spain’s Supreme Court sentenced nine Catalan separatist leaders to between nine and 13 years in prison.

The separatists were convicted of sedition over their role in an illegal independence referendum in 2017.

Another three were found guilty of disobedience and fined, but not jailed. All 12 defendants denied the charges.

Footage showed people attempting to break through a police line blocking one area of the building, while in another, officers hit protesters with batons and attempted to disperse the crowds with gas.

The THOT Army tried to take the airport with the help of their vaginal sorcery. 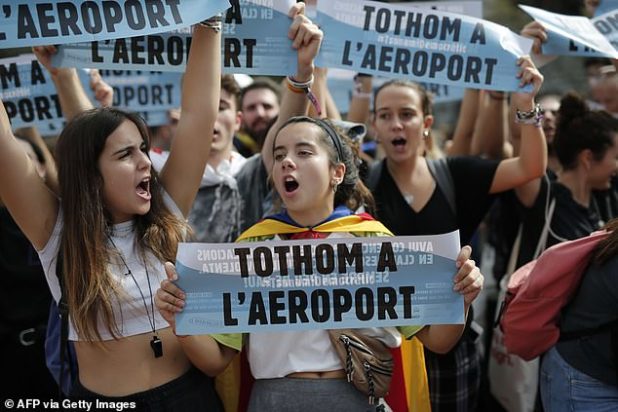 They were stopped before they could do too much damage. 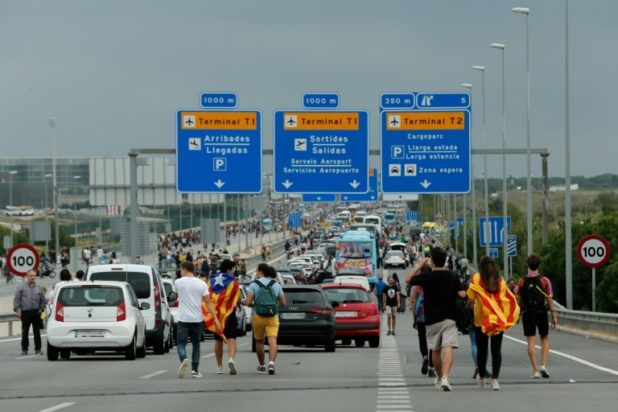 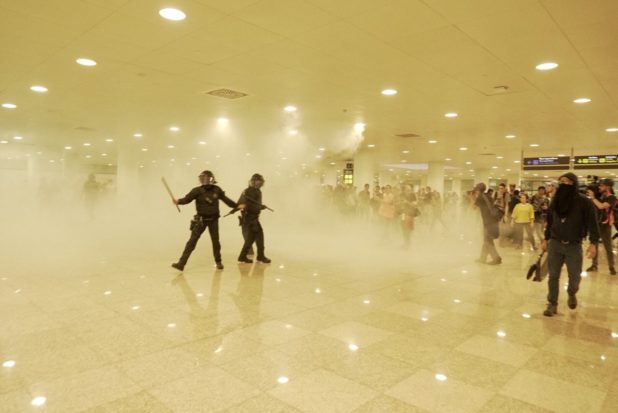 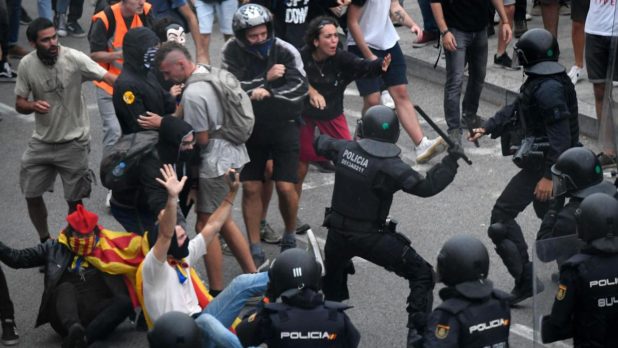 It’s really amazing how similar the playbook and the scenes unfolding in Barcelona are to the events that have been going down recently in Hong Kong. 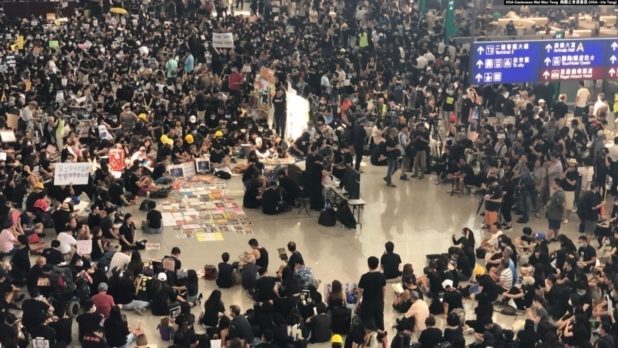 You’ll notice that both these revolutions have the support of the media.

Thousands of Catalan independence supporters also marched in the city centre, blocking some streets and access to metro stations.

After the ruling, a new arrest warrant was issued for former Catalan President Carles Puigdemont, who is living abroad. Mr Puigdemont told a press conference that Catalonians were victims of a “strategy of repression and revenge”.

Based. Spanish government not messing around here. They know where tolerance leads: 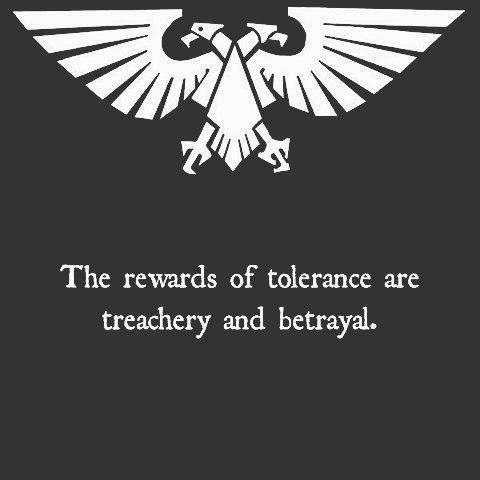 I was undecided on the whole Catalonia thing back when it started in 2017, but now I am certain that this whole charade is both fake and gay and promoted by the Jews.

Remember: ZOG has no ideology and will support nationalists, separatists, communists – it doesn’t matter, so long as they are advancing some element of the Jewish agenda at the given time. 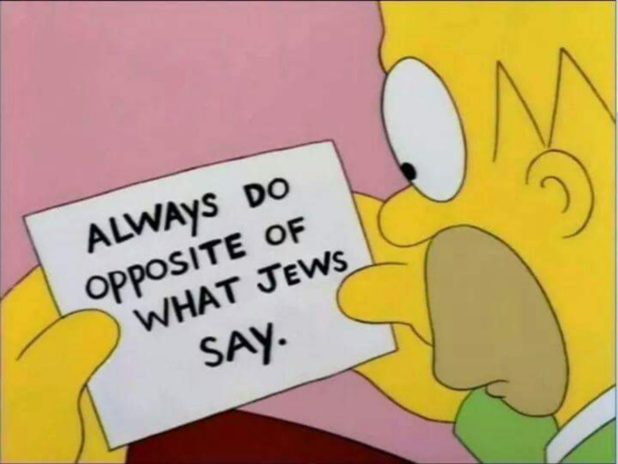 All you have to do is pay attention to who the media supports to know who you shouldn’t. 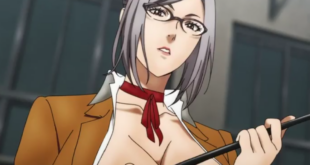 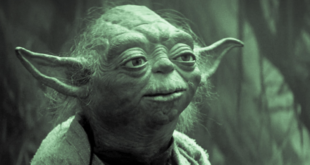 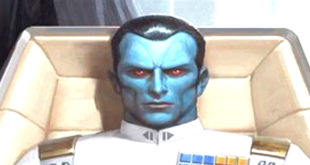