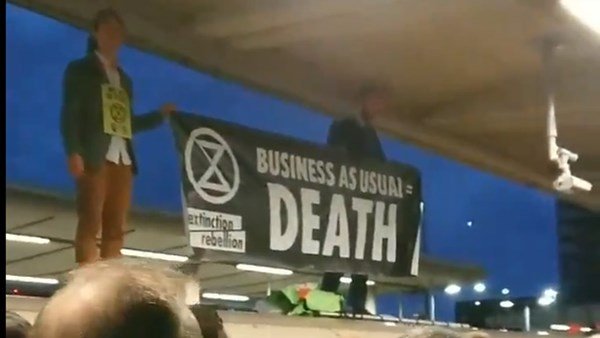 The latest Extinction Rebellion event went off so poorly that the Globo-Homo think tanks had to step in and offer some pointed criticism, because this sort of chicanery simply cannot be allowed to continue.

The climate protests during which one activist was dragged from the roof of a London Underground train by angry commuters had been discussed within Extinction Rebellion [XR] for weeks.

But it was not until Wednesday morning, when a note was posted on the group’s website, that a decision appeared to have been taken.

In the hours that followed there was a sometimes fractious debate among XR supporters. More than 3,700 people responded to an online poll circulated on the group’s social media networks with 72% saying they were opposed to the action “no matter how it is done”.

Those findings were fed back to the decentralised groups planning the action on Wednesday afternoon and, according to one source, some backed down while others determined to press ahead.

Let’s analyze this action and see if we can learn something at the Lefties’ expense.

The group has a nigh identical take to my own (even whilst I had already formed mine before reading theirs).

Those opposed feared the action, taken against what they said were the wishes of the overwhelming majority, would demoralise activists and raised questions about the group’s democratic decision-making processes.

More fundamentally, they argued that the targeting of public transport – rather than roads, airports or financial institutions hit earlier in the week – confused their message.

“Our fear was that targeting public transport, an environmentally friendly way to travel, would alienate the public and muddle what we were trying to say in the minds of the public,” said one of those opposed to the action who did not want to be named.

He was probably afraid of being harassed by more “hardcore” members of the organization.

There was also concern that by explicitly targeting working Londoners, they would undermine any public sympathy they had built up.

One activist told the Guardian: “We were vehemently opposed to it. We feel that the actions of a handful of protesters have jeopardised our movement, turning public opinion against us and creating a potential schism within our ranks.”

Anyone with any insight into popular politics is in agreement here. And even though I am not a leftist, I can analyze the action done by XR because politics has an underlying logic to it – like a football game. A set of rules and a point system that helps you keep score.

If you don’t know the rules, it just looks like a bunch of people running around on the field willy-nilly. If you do know the rules, you can see that this was a serious fumble. 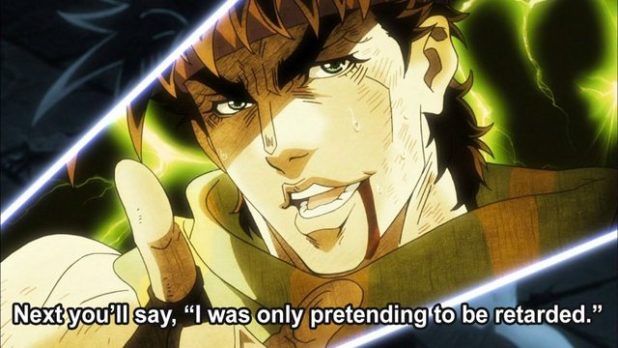 And, as it turns out, the Leftists have their own version of irate, brain-dead spergs who don’t understand optics or messaging or just how politics work at all for that matter. The vocal but stupid minority within Extinction Rebellion attempted to purity spiral the rational and intelligent majority.

This is almost as retarded as when the Baader–Meinhof Gang in Germany decided to lob bombs at the lumpenproles to stimulate a “breakthrough moment” and agitate people into a spontaneous armed Communist overthrow of the government. 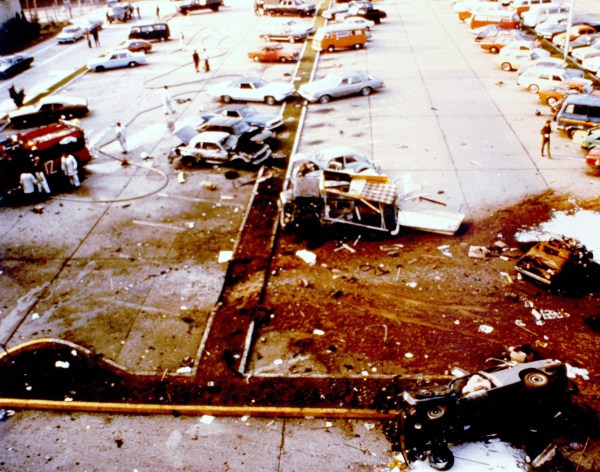 People were largely unsympathetic to what the Marxist Death Cult was doing in the 70s and 80s, and the government was given the green light and the funds to crack down on them (and other, more dangerous dissidents).

The same thing will happen with XR.

Security all around the UK will be tightened up even more.

They don’t want anymore of this happening:

Commuters now physically dragging protestors from the roof of the train. @itvlondon pic.twitter.com/gDkXfJNxmL

Funny enough, the multi-racial hodgepodge that is the London commute banded together to drag the soyo-sexual off the wagon. So, you could say that the commuter class rose up in unison to overthrow the bougy hipster haranguing them from atop the wagon car, making them late to work.

A modern Lenin, he was not. 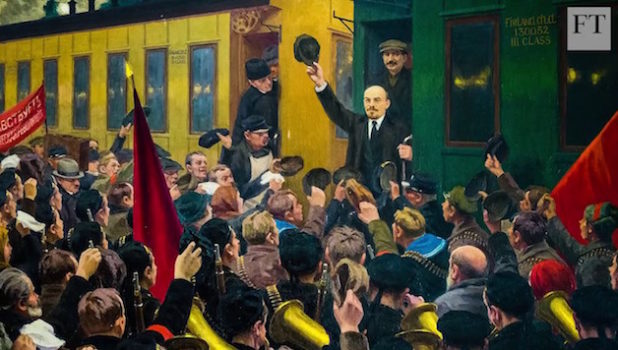 Although, the depiction of Lenin returning to Russia from exile via Finland and addressing the jubilant crowd gathered to welcome him back is largely fiction. He said a few words in broken, stuttering Russian to a smattering of people and then went about his business.

I wonder if this was a conscious imitation of Lenin or not? 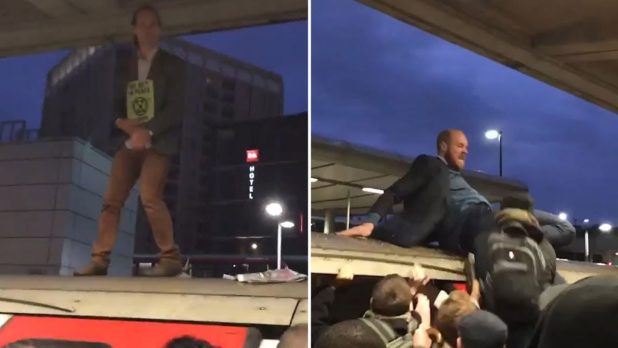 Wouldn’t surprise me either way at this point. 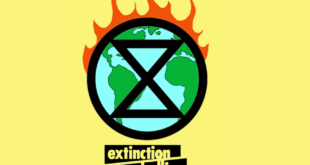 UK: Climate Cultists Keep Blockading the Roads to Turn the World Into Block of Ice 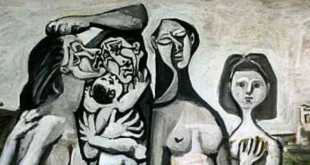