They chose 'the pretty ones': Witness accounts reveal how Iran's security forces use rape to quell protests. https://t.co/mpkvCG80gu pic.twitter.com/Ambb0fasrM

The implication of CNN’s reporting here is apparently that sluts do not deserve to be raped.

That is the narrative the Jew media is spreading against you.

A trickle of people passes through a normally busy border crossing in the mountains of northern Iraq. “It’s a big prison over there,” one Iranian woman says, gesturing to the hulking gate that marks the border with Iran’s Islamic Republic, which has been convulsed by protest for over two months.

A portrait of the founder of Iran’s clerical regime, Ruhollah Khomeini, looms against a backdrop of rolling hills studded with streetlights. Snatches of travelers’ muted conversations punctuate an eerie silence.

Fear of indiscriminate arrest has made many reluctant to risk the journey. Some of the few who cross say the noose is tightening: protesters gunned down, curfews in the border villages and nighttime raids on homes.

In hushed tones, they speak of female protesters in particular, and the horrors they say some have endured in Iran’s notorious detention facilities.

Yeah – the worst thing is “rape” (fake concept), while people are getting gunned down indiscriminately.

For a woman, her pussy being devalued is a much worse fate than death.

Iran’s government has closed the country off to non-accredited foreign journalists, regularly shuts down the internet and suppresses dissidents’ voices with mass arrests. An extreme climate of fear prevails in Iran as the crackdown intensifies.

(There are no Jew media journalists in the country but the Jew media feels comfortable reporting on atrocities they have no evidence of. This is very standard. I’m old enough to remember weapons of mass destruction in Iraq.)

One Kurdish-Iranian woman, whom CNN is calling Hana for her safety, says she both witnessed and suffered sexual violence while detained. “There were girls who were sexually assaulted and then transferred to other cities,” she said. “They are scared to talk about these things.”

Women have played a central role in Iran’s uprising since it ignited two months ago.

Hey there – imagine my shock to hear that the Jew revolution in Iran is being carried out by women who side against their own men.

The slogan “Women, Life, Freedom” reverberates through anti-regime demonstrations in its original Kurdish (Jin, Jiyan, Azadi) and in Persian (Zan, Zendegi, Azadi). It is a nod to the 22-year-old Kurdish woman whose death sparked the protests — Jina (Mahsa) Amini was believed to have been brutally beaten by Iran’s morality police for improper hijab and died days later.

It sounds like she could have easily avoided her fate by obeying the law, huh?

Who encouraged her to break the law and attack her country’s ancient traditions in the first place? Where would she even get the idea?

Was it from clandestine propaganda from the Jews?

The rights of women have also been at the heart of debate among Iran’s clerical establishment since the protests began. Some clerics and politicians have called for the relaxing of social rules, while others doubled down, conflating the female protesters with what they call “loose women” who were merely pawns in a plot hatched by Western governments.

In one of the most striking comments in the smear campaign against female protesters, Zeinab Soleimani, the daughter of Iran’s revered slain general Qassem Soleimani, accused women in the protests of wanting to “get naked.”

Frankly, this is how you know that the Jewish ritual murders were real – they accuse everyone of “blood libel,” when it is obviously true. There’s no difference between a Jew saying women don’t really want to get naked and Jews don’t really want to ritually murder and drink the blood of Christian children.

With media access inside Iran severely constrained, CNN went to the region near Iraq’s border with Iran, interviewing eyewitnesses who’d left the country and verifying accounts from survivors and sources both in and outside Iran. CNN corroborated several reports of sexual violence against protesters and heard accounts of many more.

How did they “corroborate” beyond simply hearing them?

What type of journalism is this? Psychic journalism?

At least one of these caused severe injury, and another involved the rape of an underage boy. In some of the cases CNN uncovered, the sexual assault was filmed and used to blackmail the protesters into silence, according to sources who spoke to the victims.

Iranian officials have not yet responded to CNN’s request for comment on the abuses alleged in this report. 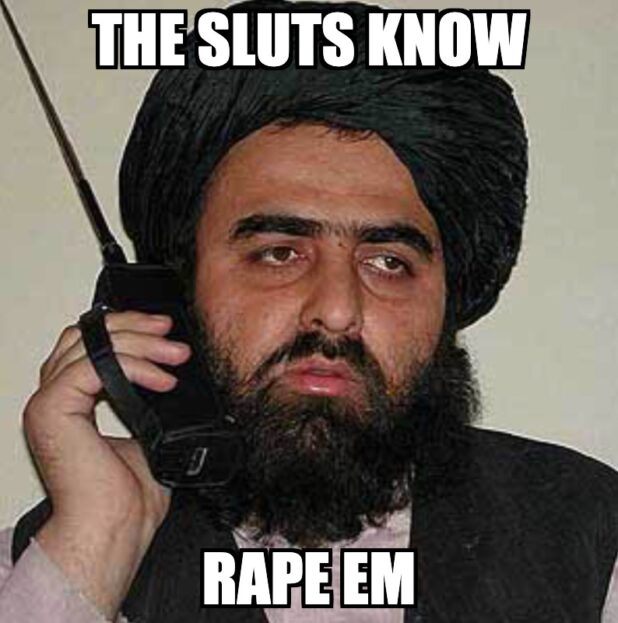 Armita Abbasi, 20, bore all the hallmarks of a Gen Z-er. Her edgy hairdo was dyed platinum blonde and she had an eyebrow piercing. She wore colored contact lenses, and filmed TikToks with her cats from her living room.

The uprising changed her life, and Iran’s security forces appear to have subjected her to some of the worst of their brutality.

After the protests began, social media posts under Abbasi’s name became charged with unrestrained criticism of Iran’s regime. It is unclear if she participated in the protests. Yet, unlike most Iranian dissidents inside the country, she did not anonymize her anti-regime posts.

She was arrested in her hometown of Karaj, just west of Tehran, nearly a month after the onset of the demonstrations. In an October 29 statement, the government claimed she was “the leader of the riots” and that police discovered “10 Molotov cocktails” in her apartment.

It was an ominous statement that seemed to imply that Iran’s justice system would reserve a harsh punishment for the 20-year-old. But it also served as a denial of a series of leaked accounts on Instagram that had caused uproar on social media in the days since her arrest, and which turned Abbasi — like Amini and Nika Shahkarami before her — into a symbol of Iran’s protest movement.

This is Armita Abbasi: No one on earth can claim she doesn’t deserve to be raped.

I just feel bad for the brave men who took one for Allah and did the deed.

On October 17, Abbasi was rushed to the Imam Ali hospital in Karaj, accompanied by plainclothes officers, according to leaks from that hospital. Her head had been shaved and she was shaking violently. In the accounts, the medical staff attending to her spoke of the horror they felt when they saw evidence of brutal rape.

An insider at Imam Ali hospital confirmed the veracity of those leaks to CNN. The source asked to remain anonymous for security reasons.

“When she first came in, (the officers) said she was hemorrhaging from her rectum… due to repeated rape. The plainclothes men insisted that the doctor write it as rape prior to arrest,” wrote one member of the medical staff in one of the messages.

“After the truth became obvious to all, they changed the whole script,” wrote the medic. CNN can confirm that four to five medics leaked the messages to social media. All of them said they believed she was sexually assaulted in custody.

“To make it short, they screwed up,” that medic added of the security forces. “They screwed up and they don’t know how to put it together again.”

Does anyone on earth trust CNN’s reporting?

That is what they are doing – they are asking you to trust them. In a previous era, media institutions built trust by proving to be telling the truth over a period of time. CNN has proven to be lying, constantly.

What reason would they have to trust these claims?

Why would these claims about events in Iran be more credible than their claims about Trump being a Russian agent, Kyle Rittenhouse being a white supremacist mass shooter, Nick Sandmann harassing an Indian, Russia genociding the Ukraine, or any of the others on a very long list of their recent hoaxes?

In its statement, the Iranian government said Abbasi was treated for “digestive problems.” Medics at the Imam Ali hospital said the claim did not tally with the symptoms Abbasi exhibited. Abbasi was also treated by a gynecologist and a psychiatrist, which the medics said was also inconsistent with the government’s account.

CNN has presented the leaked accounts of Abbasi’s injuries to an Iranian doctor outside Iran who said the symptoms as described indicated brutal sexual assault.

The leaks point to a highly secretive process heavily controlled by Iranian security forces. One medic said on social media that police prevented staff from speaking to Abbasi, and that the hospital leadership’s account of her medical condition kept changing. When CNN called the Imam Ali Hospital, a staff member said they had no record of her, despite the government’s acknowledgement that she was treated there.

According to the leaked accounts, security forces removed Abbasi from the hospital through a rear entrance just before her family arrived to see her. “My heart which saw her and couldn’t free her is driving me crazy,” wrote one medic.

Abbasi is currently being held in Karaj’s notorious Fardis prison, according to the Iranian government. CNN has been unable to reach her or her family members for comment.

Frankly, I don’t care at all if these rapes are happening. In fact, I wouldn’t care if Iran was just mowing down protesters.

Firstly, I support them doing this, and secondly, it’s not my problem.

However, we have zero reason to believe these accounts at all.

This is the same playbook these Jews have used in I don’t even know how many countries they do not like. No one can claim that the Jews like Iran. So this is what they do.

The US and other Western countries are barely functional, due to the liberation of women. It’s destroyed the family, it’s destroyed the workplace, it’s destroyed all morality. The destruction that feminism has caused is basically admitted when the Jews tell us we should wish this same fate on Israel’s enemies.

Even Elderly Women join young Girls in Iran accelerating Revolution against Regime of Fanatics by taking down & burning Flags of Islamic Republic of Iran, Publicly removing their #Hijab & demanding abolition of Brutal Regime.Roots of Tyrants are Shaking#IranProtests #Iran #Hijab pic.twitter.com/glGVd4mNE7

The women and men of #Iran are burning the hijab in the middle of the capital Tehran where #MahsaAmini was beaten to death by the police. pic.twitter.com/uULDAfiLNs

I am #WalkingUnveiled shulder to shoulder with my daughter in the streets of Iran where many school girls got killed for not wearing hijab or burning headscarf. 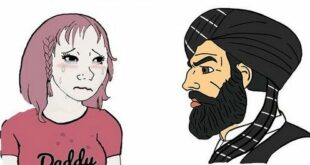 UN Says Taliban’s Treatment of Women Could be Crime Against Humanity, Gender Persecution 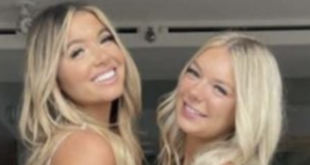 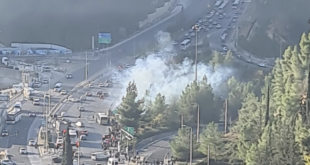