The Jews are an evil force. They are Satan incarnate. The reason they are able to hide is that they are literally working with Satan, and people who are corrupted by sin are under the control of Satan.

Ye’s own Jew lawyer is now threatening to take his kids away from him. Ye revealed in a post on Parler over the weekend that Bob Cohen, his Jew lawyer, said he is going to lose custody of his kids if he doesn’t stop talking about the Jews.

“On my last and final meeting with Bob Cohen he told me ‘if I keep up anti-Semitic rhetoric you’ll loose custody of your children,'” Ye said.

Can you imagine anything this evil?

These Jews already destroyed his marriage because he wore a red hat, they sent in a Jew to have sex with his wife, now they are going to take his kids from him.

The fact that his own lawyer is threatening him proves that it is impossible to operate in business without Jew approval. You can’t get lawyers that are not Jewish, or controlled by the Jews.

Apparently, Ye does not have any lawyers now. That greasy Jew Harvey Levin at TMZ is gloating about the fact that Jews totally control the lawyer profession, and saying that Ye has no lawyer. He gloated about the fact Jews are taking the man’s kids from him.

Levin is saying that Ye is mentally ill. This is what they say: you have to be mentally ill in order to challenge your masters. If you weren’t mentally ill, you would know your place. 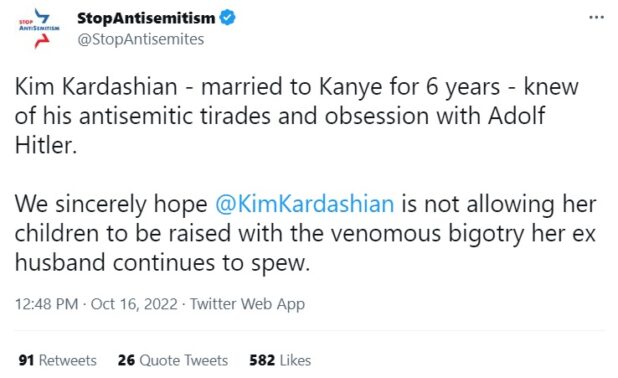 How are normal people not asking: “what even is this?”

Apparently, people are too deep in their own sin to be able to look at this problem.

I can tell you from experience: these Jews will invade your personal life. You do not have any freedom that the Jews don’t give you. This entire country is controlled by the Jews, and they will go into your home and they will cause problems with your family.

This is why you have so many kikesuckers like Gavin McInnes.

Gavin and so many other kikesuckers know that everything that Andrew Anglin says about the Jews is true. They know who their masters are, they know how brutal their masters can be, so they serve their masters.

Everyone is a coward. It’s unbelievable how cowardly everyone is. Gavin McInnes is a normal person in this sick society.

Who is willing to call out the Jews? It’s me, Nick Fuentes, and Ye.

Everyone knows the Jews are in control. It’s obvious and everyone knows. But their regime of silence works, because they are so brutal, they will do anything to you.

It’s not clear why Ye was allowed back on Instagram in the first place, but he posted texts from Russell Simmons, who is a lightskin and a bitch, and he got banned again.

I can’t really tell what is going on in these texts. 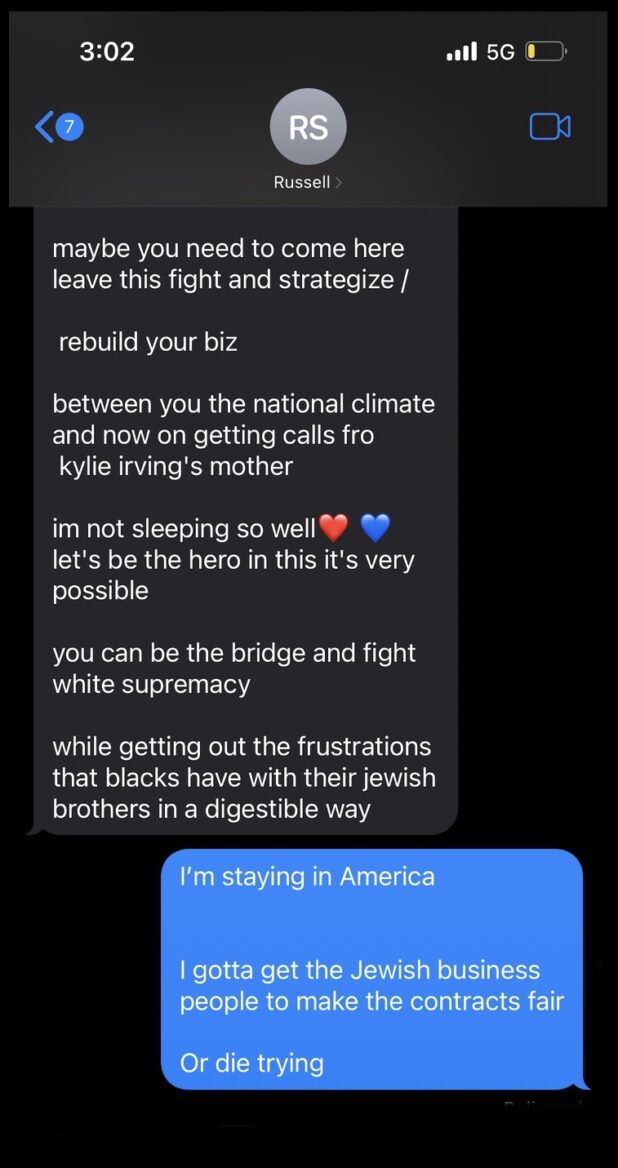 Where is Russell Simmons inviting him to?

Ye revealed he got banned for posting that in a post on Parler. 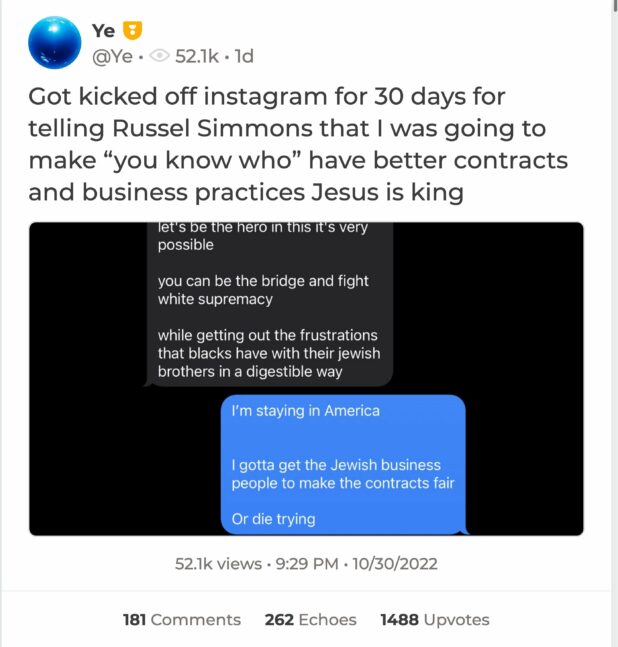 Simmons, apparently in a house full of insects, recorded a video about Ye, which is incoherent.

His main thing is that Ye should be attacking whites instead of the Jews – even though whites didn’t do anything to him.

Seriously: what did whites do to anyone? I’ve never done anything to oppress the blacks or anyone else. They said that I was oppressing blacks by posting on the internet, but no black ever said I oppressed them. I don’t get complaints from the blacks. I get complaints from Jews and white women – period.

People need to come out for Ye.

Tucker Carlson needs to come out for Ye, frankly. He can do the “it’s just his view” thing, I don’t care about that, but he needs to defend him and he needs to help him.

Kyrie Irving also needs to come out. Sports people have more leniency. And it doesn’t matter anyway, does it? Let them destroy your life. Let the Jews destroy your life. They can’t destroy all of us. If we all stand together, we win.

Jesus Christ said it and he said it a long time ago.

What difference does it make if you save all your money and then you go to hell?

All these people defending the Jews are going to hell. Gavin McInness is going to the lowest pit for race traitors, and so are all these blacks who are selling out their own race to the Jews.

Ye is the one good man in a nation of shifty filth. 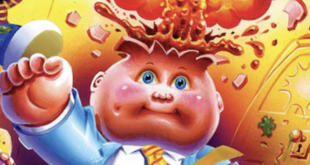 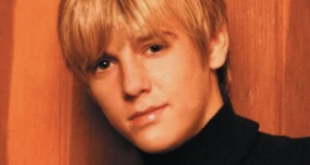