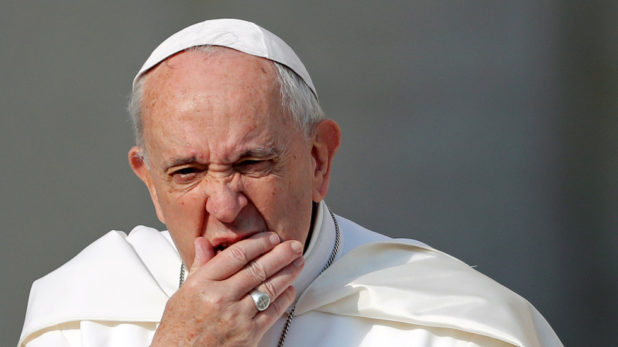 Everything this guy says is shocking.

He says no one can judge gays, he says hell doesn’t exist, he says Europe needs more Islam.

Now he laughs and mocks conservative Americans who question his gay sex agenda.

The Pope didn’t seem too put out when faced with a long list of accusations against him from American Catholics as he was flying from Rome to Mozambique. He said he was honored to be attacked by them.

The book ‘How America Wanted to Change the Pope’ explores the supposed efforts of the conservative Catholic opposition in the US to launch a “coup d’état” against Francis. A copy was given to the pontiff by the author Nicolas Seneze, a journalist from France’s Catholic newspaper La Croix, who was on board the papal plane Wednesday.

“For me it is an honor that Americans attack me,” the pope quipped as he received the book, which he had apparently heard about and wanted to procure. He joked that the book about his critics “will be a bombshell.”

But Vatican spokesperson Matteo Bruni attempted to deflate tensions, clarifying that the comments were made informally. He said Francis “always considers it an honor to be criticized,” especially when it comes from “authoritative voices” or, as in this case, “an important nation.”

Seneze’s book describes, among other things, how a former papal envoy to the US, Archbishop Carlo Vigano, had written a highly-publicized letter last year, calling for Francis to resign for allegedly mishandling the Catholic Church’s sexual abuse scandals.

Really, he should be known as “Pope Boyfucker.”

Current year it is. 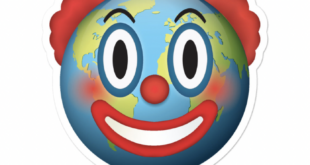 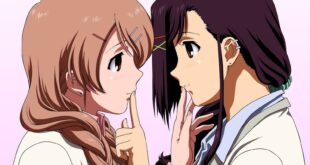 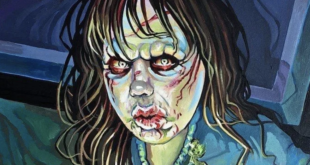