As we move closer every day to a truly utopian society, we see intravenous street drugs being cut with more and more dangerous fillers.

Now that we’re within a stone’s throw of a diverse paradise where women can choose and anyone can love who they want to love, fentanyl, once used to cut heroin, is now being cut with a deadly flesh-eating tranquilizer.

The flesh-eating animal tranquilizer xylazine has been linked to thousands of drug overdoses across the country as it inundates heroin and fentanyl supplies in places such as Philadelphia, Delaware and Michigan, reports say.

Known on the street as “tranq,” the sedative is now found in 91% of Philly’s heroin and fentanyl supplies, according to a report earlier this month in the peer-reviewed journal Science Direct.

Fentanyladelphia is one of the junkie trafficking capitals of the country, so that is going to be shipped everywhere.

Anecdotal evidence suggests that its prevalence is also soaring in President Joe Biden’s home state of Delaware, it was reported last week.

In Michigan, deaths from the drug, which is often used on horses as a muscle relaxant and anesthetic, increased 86.8% between 2019 and 2020 before dropping off slightly in 2021, the Detroit Free Press reported Friday. In the past two years, it was detected in half the opioid deaths in the Ann Arbor region, accelerating fears of its westward proliferation, the paper said.

I was wondering when I read that why I didn’t understand how widespread tranq is, then I realized that I don’t have junkie friends anymore – they’re all dead.

The only reason I have any use for junkie music at this point is because 60% of people in Columbus, Ohio are junkies that are still alive.

Imagine this happening to your home. Many of you don’t have to imagine it. The entire midwest has been wiped out.

Xylazine also was involved in 19% of all drug overdose deaths in Maryland in 2021 and 10% of those in Connecticut the year before, according to federal officials.

The drug also slows down blood flow and knocks out the user, which blunts the body’s ability to heal itself, she explained. Although tranq contributes to overdoses, it is not an opioid, so its effects can’t be halted with naloxone.

“This is more like tissue death. This is black, necrotic tissue destruction,” UCLA researcher Joseph Friedman, who has studied the drug extensively, told the Free Press. “And the necrotic tissue doesn’t necessarily develop at the site where the drug was injected. There’s evidence it can appear anywhere on the body.”

The City of Brotherly Love is now hiring a wound-care specialist and a field nurse for the sole purpose of treating tranq-related lesions in the national epicenter of the epidemic.

“It’s something I’ve never seen before anywhere else. People all over the place, sticking needles anywhere they possibly can, passed out. Philly’s going under from tranq,” said user Sam Brennan, 28, to Vice.

When Brennan first started using the drug, she mainlined it into a vein in her neck until it caused a dark sore. Now, she shoots it straight into her muscle, chasing its euphoric effects.

“It’s a way more intense sickness than fentanyl. … You feel like you’re literally going to die,” she said.

Yeah, well, hey – maybe just go ahead and do that, huh? We don’t need you. We would prefer if you died.

If I knew they were going to allow this to happen, I would have just supported legalizing heroin. Legal heroin is better than fentanyl cut with flesh-eating tranquilizer.

Treatment does not work. No one even thinks it works. We have a very large body of data on this.

There is only one way to cure a junkie, and that is with a bullet through their skulls.

Society deserves better than this. These people are already dead. They’re just walking around until their hearts stop and they can be buried.

We should not have to live with these ghosts. 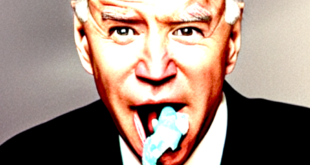 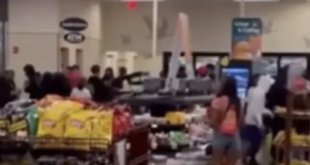