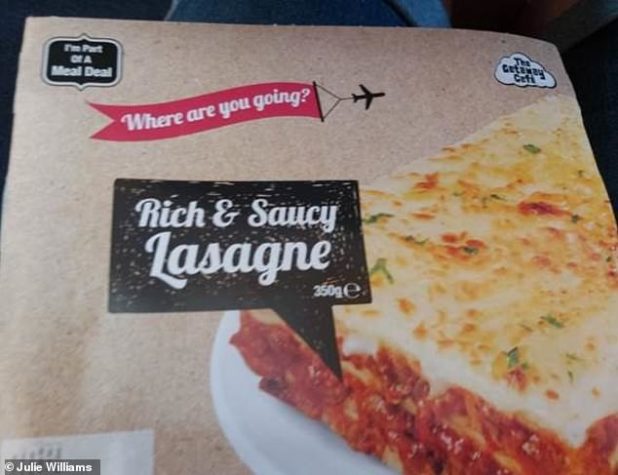 A lifelong vegetarian claimed she ordered a vegan lasagne on a Ryanair flight and ate her meal before realising it was the meat version – but that a flight attendant only ‘shrugged’ and told her she should have noticed.

Julie Williams, who recently became a vegan, was flying back from a holiday in Malaga to Cardiff, her hometown, on August 12 when she was served the meal. 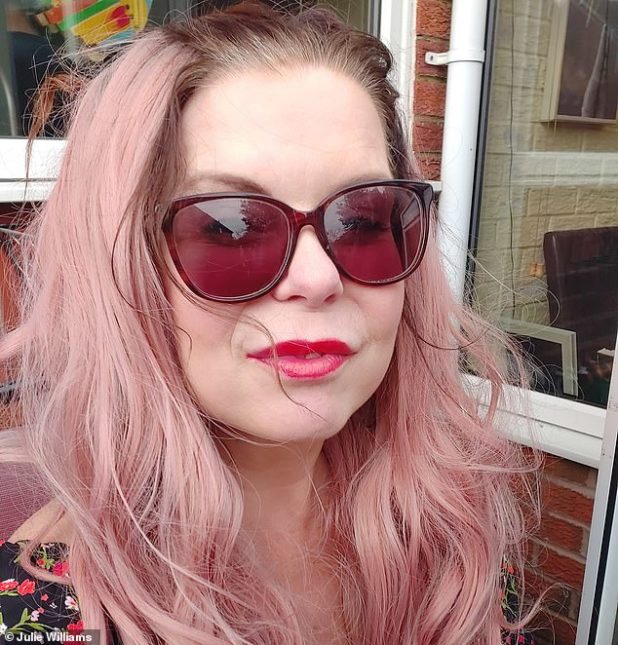 She said it was only when she had eaten the meal that she saw the word ‘bolognese’ on the box that she realised she had been served the meat version.

The flight attendant she spoke to initially refused to apologise and did not offer a refund, she added.

Ms Williams told MailOnline that, after eating the lasagne, she had looked to see what ‘clever’ ingredients had been used becuase ‘vegan food is incredible nowadays’.

With the writing on the box in Spanish, it was only when she saw a word similar to ‘bolognese’ that she realised she had eaten meat.

She could have just checked the ingredient list before eating it if she’s that concerned about what she puts into her body.

She said: ‘I ordered the Vegan lasagne which I ate trusting they had served me a vegan lasagne.

‘I finished it and idly turned the box over and was astonished to see a word resembling bolognese in the ingredients.

‘I rushed to the flight attendant, who casually told me, yes they had given my vegan lasagne to someone else and served me meat by mistake. No apology. Nothing.

She added: ‘I said that was not acceptable, the flight attendant shrugged and said I should have known I was eating meat.

‘The very least I said is that you should refund my money. They refused. Eventually she came back and said sorry but again no refund!’

Why should she be given a refund though? She did eat the lasagna and she did enjoy it.

On her way home from Cardiff airport after the flight, Ms Williams said she had ‘violent stomach pains’, felt ‘sick as a dog’ and was ‘violently ill’.

She made a complaint to the airline the next day which was acknowledged a week later but she has still not received a formal response to her complaint, Ms Williams said.

One gram of meat is enough to destroy decades of vegetarianism and veganism. This is a dangerous substance akin to kryptonite that when ingested, remains in vegans’ and vegetarians’ bodies for up to 7 years, effectively removing their superpowers and weakening them. 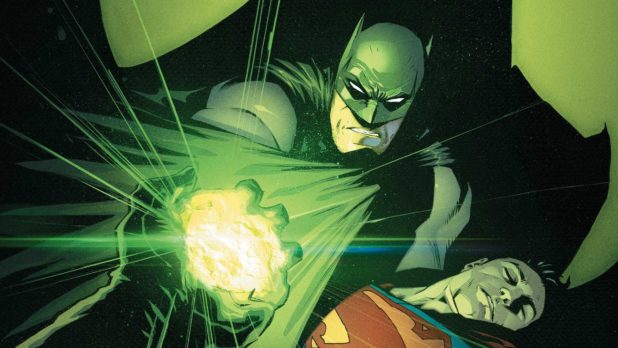 This obsession with the accidental ingestion of animal foods is common among vegans and a hallmark of the pathological character of veganism.

If vegetables are so good for their bodies and they save so many animals by eating plants, why do they always freak out when they make a mistake or someone else makes a mistake that results in them ingesting small amounts of an animal product?

Do they freak out like that when they accidentally step on an ant too? Eating a bit of meat after being a lifelong vegetarian sounds as terrible as accidentally killing an ant.

They act as if vegetarianism and veganism gave them superpowers that are lost the moment they ingest a bit of meat, but when you look at long-term vegans…

… What superpower do you see? 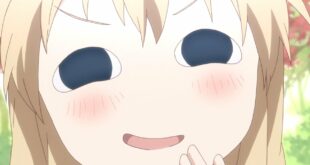 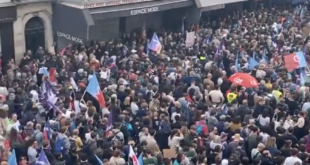 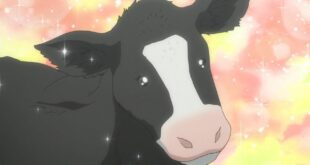