Maryland: High School Slut Punished for Child Pornography for Sending Video of Herself Performing a BJ to Her Friends

This is fantastic news.

We need to start using all mechanisms at our disposal to crack down on sluts.

The top court in Maryland ruled this week that a teen who sent a sexually explicit cellphone video of herself to two friends violated state child pornography law.

The teen, referred to in court papers as SK, did not have to register as a sex offender but was ordered to undergo electronic monitoring and probation, which required drug tests and anger management classes as well as permission to leave the state.

The decision, which upheld a decision from a lower Maryland appeals court, means other minors who engage in sexting could face similar legal repercussions.

Amidst spreading criticism, one expert told the Guardian it was “a ridiculous reading of the statute” concerned.

The ruling, by a 6-1 majority among the judges on the Maryland court of appeals, said: “We refuse to read into the statute an exception for minors who distribute their own matter, and thus we believe SK’s adjudication as delinquent … must be upheld.”

This 35-page decision stemmed from an incident at a high school several years ago. The student identified as SK was 16 at the time and therefore “legally able to consent to engage in sexual conduct”.

According to the ruling, she and her two best friends swapped “silly photos and videos” in a cellphone-based group chat “in an effort to ‘one-up’ each other”.

“The trio hung out together and trusted one another to keep their group messages private,” the ruling said.

The other group members were identified as AT, a 16-year-old female, and KS, a 17-year-old male. During the 2016-17 school year, SK sent them a “one-minute video of herself performing [oral sex] on a male”.

After the trio fell out, the clip was shared with other students.

AT testified that KS “would always write on the board, like, saying she’s a slut or saying any type of thing” and also urged AT to accompany him to the school resource officer, a member of the sheriff’s department, to report the video. While KS claimed he “was worried about SK and wanted her to receive help”, the court papers said, AT thought his motives “were not so pure”.

Let me fill you in: he was patrolling that bitch.

You can’t have a society where women are just able to run around sucking everyone’s dicks off. Society will collapse. So it is the natural instinct of men to publicly shame women who engage in this behavior by calling them out and brutally mocking them in a public fashion.

He did nothing wrong. In fact, he’s a hero.

“AT testified that KS was bragging around school about SK going to jail if he were to report the text message,” the papers said.

KS, who had a copy of the video in his email account, showed it to Officer Eugene Caballero. He was told to delete it.

Caballero then met SK, who was read her rights. According to Caballero’s police report, SK “cried during their meeting and was upset that the video was going around the school”. The student thought the meeting would stop the video circulating. Caballero did not tell her she was “considered a suspect for criminal activity”.

SK gave Caballero a written statement saying she was in the video and had shared it with her two friends.

Caballero’s report was sent to a state attorney. Prosecutors charged SK as a juvenile with filming a minor engaging in sexual conduct, distributing child pornography and displaying an obscene item to a minor. The juvenile court determined SK was involved in the last two counts.

She appealed, arguing that “the statute was intended to protect, not prosecute, minors victimized and exploited in the production of sexually explicit videos”.

The top court recognized that the issue was more complicated than in cases involving adults – but still ruled against SK.

We might not be able to outright ban sluts just yet, but we can catch them on technicalities.

My great thanks to the Maryland court for showing that they will not tolerate these filthy whores and their disgusting actions. 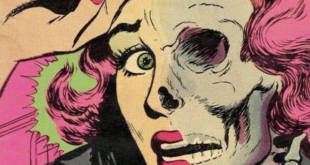 Finding Mommy: A Journey Towards Finding Your Mommy 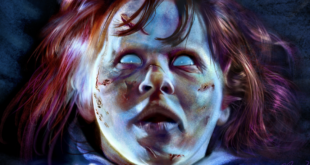