Iran Violates Deal Trump Pulled Out Of – Time for War? 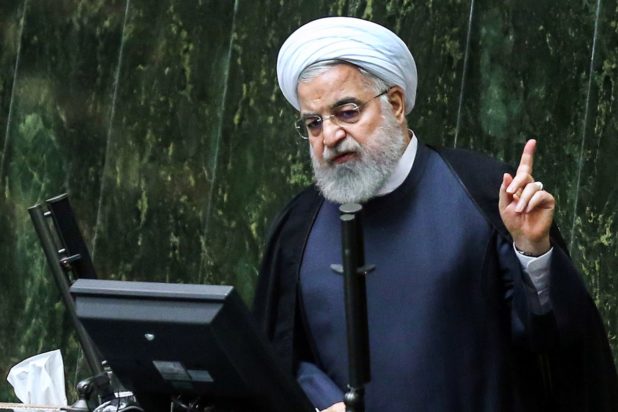 The whole war with China thing is going pretty slow.

Maybe it’s time to do war with Iran?

Iran is now using technology which could allow it to produce enough material to build a nuclear weapon in less than a year, experts said.

Behrouz Kamalvandi, a spokesman for Iran’s Atomic Energy Organization, said the nation is using an array of advanced centrifuges to enrich uranium in violation of its 2015 nuclear deal, the Associated Press reported.

Time is running out for Iran and Europe to settle on new terms to the agreement. Iran previously breached limits set on its nuclear stockpile and enrichment levels, but claimed it could quickly reverse course if Europe clears the way for it to sell oil abroad.

Adding to the tension is the revelation an Iranian tanker that had been detained in Gibraltar — which Tehran promised wouldn’t go to Syria — was off its coast, satellite photos obtained by the AP showed.

Maybe if we start a war with Iran, that can be used to escalate tensions with China as well?

We just need to figure out some kind of way to start massive wars with most of the world at the same time, because that is the true path of human rights and democracy.