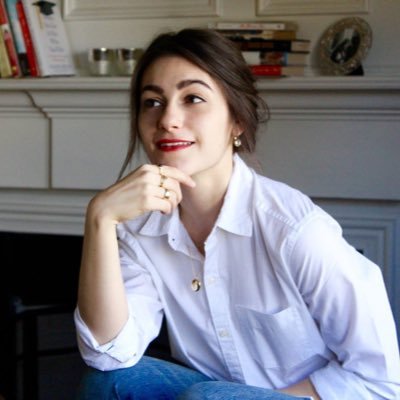 The Guardian published a piece by front hole writer Rainesford Stauffer that talks about the “inspirational quote” phenomenon that plagues social media with phrases that don’t really make any sense.

You’ve seen them before, because they are all over Instagram: the captions urging you to embrace your expansion, whatever that means, slow down to savor the moment, and hustle like you’re Beyoncé – all at once.

“Start visualizing what you want, then say no to anything that isn’t it,” reads one. Another: “Buy the plane ticket, quit the job, plan the trip, wander into the unknown, open your heart, take the leap.”

These reminders to “live fully” are omnipresent on social media platforms. We are constantly told how to live well, happily, adventurously or spontaneously. An army of experts are instructing us to wash our faces, to be a badass, and to say yes.

Those aren’t “reminders.” Those are commands.

The imperative mood has become the norm in advertising because of its powerful effect on the mind. Now, these so-called inspirational quotes are not advertising, or are they? What is going on with this fad?

This #inspiration strategy works because humans are wired to want significance and meaning. But what does “living fully” really mean in the age of Instagram, when anyone can wear matching yoga pants as they stand, arms outstretched and back to the camera, soaking in whatever scenic background they’ve found that day?

Madi Richardson, 23, explains that if she’d been asked what “living fully” meant a few years ago, she would have said traveling. Right after high school, Richardson was following a plethora of people her age on Instagram, including some with significant followings. “The photos I saw of them were on vacations,” she explains. “Living, I guess, what seemed like everything but worry or negative emotions.” With every scroll, Richardson saw glorious summers packed full with local music festivals and scenic hikes, usually with inspirational quotes peppered in between.

Soon, doubt started to creep in. Were her peers living a better, more exciting life than she was? Although she didn’t post those kinds of photos herself, she says: “There was jealousy and feelings of guilt because I didn’t go on a vacation every other weekend, or go scuba diving, jump out of a plane, or camp in the wilderness all summer.”

As a photographer herself, she also had to contend with professional pressure, wondering if the better cameras or bigger cities others showcased were missing pieces to even more success.

Richardson describes such curated lives as a “pecking order of excitement”, explaining that she had other responsibilities, including her own bills and pressure to attend college, that didn’t align with this narrow definition of living fully. “It took me a while to become at peace with who I am,” she says. “It wasn’t until I tried to mimic the trends that I realized: this isn’t who I am.”

Dr Erin Vogel, a social psychologist who explores the influence technology has on our lives and wellbeing, says: “Social media seems to define ‘living fully’ as being adventurous, spontaneous and extroverted. For people who are fulfilled by a quieter life, social media seems to tell them that they’re living life the wrong way.”

She explains what most social media users know to be true: when using social media, users often compare their lives with others’. In reality, even your most adventurous friend probably has some lackluster experiences or boring evenings spent watching Netflix.

Vogel points to the unfortunate trend of people taking selfies with wild animals and getting injured as an example of how “doing it for the ’gram” can backfire. It can be a positive, she says, if it leads you to push yourself and try new things. Often, it takes you away from the present moment instead. “You may book an excursion for your next trip thinking ‘this will be fun’,” Vogel says. “But in the back of your mind, you might also be thinking about how great the pictures will be.”

Wild animals? Gravity is more of an immediate threat to these Instagram whores.

Just recently, a Mexican slut named Alexa Terrazas broke like 100 bones after falling from a balcony while trying to do some “extreme yoga” moves for Instagram. 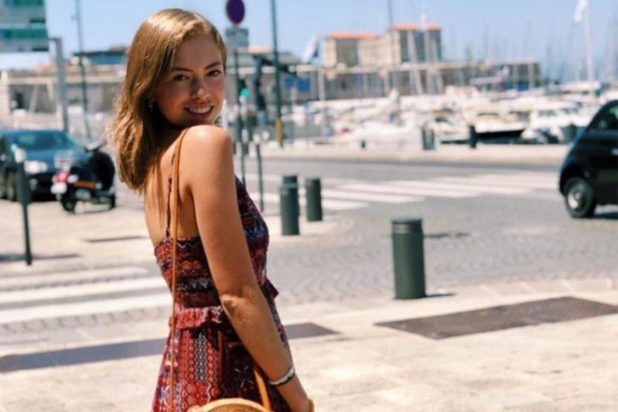 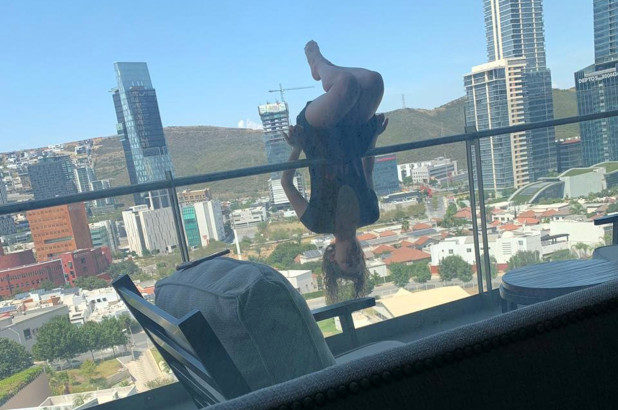 For better or worse, she survived. Somehow.

The same goes for quote photos, which are another element of the “highlight reel” Instagram has come to be regarded as.

Gordon Pennycook, an assistant professor of behavioural science at the University of Regina, has published research on “pseudo-profound bullshit”, which he defines as things constructed without regard for the truth. He notes that it is “quite possible that ostensibly inspirational quotes could fit into the broader category”. Pennycook says this type of content spreads online because we don’t spend a lot of time thinking about it. “This is why inspirational quotes often don’t make any sense,” he explains. “Typically, it gets spread because it has some sort of intuitive or emotional appeal.”

What makes us happy, at its core, is an existential question, according to Sara Kuburic, a psychotherapist and counselor who works with millennials. She believes inspirational tropes are popular because they offer the promise of immediate fulfillment. “I find that people increasingly conceptualize living fully as seizing opportunities, taking risks and exploring the unknown,” she says. “Living fully, in the Instagram age, is often then reduced to doing things that would be worth documenting.”

But they’re not really doing that whole “seizing opportunities, taking risks and exploring the unknown” thing, are they? 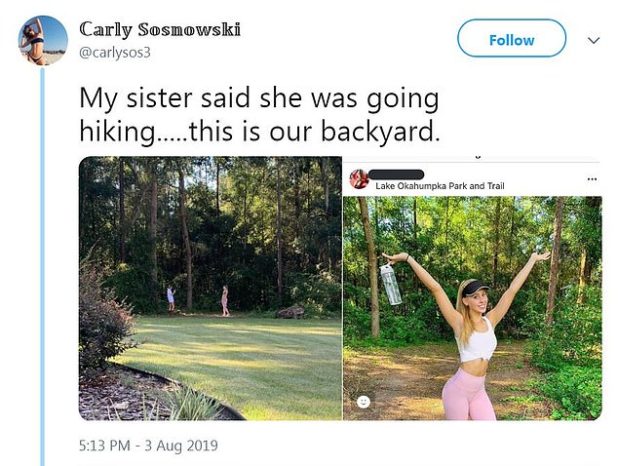 But, Kuburic argues, a full life – which she defines as one full of meaning, freedom, responsibility, and grounded in an authentic relationship with yourself – is the same as it was pre-Instagram.

“We are eager to live our lives fully,” she says. “Yet the pressure to prove this to our ‘friends’ is a major reason why we are not.”

All of these social media games are not about people eager to live their lives fully — what’s described in the article is about people wanting to belong and looking for approval and praise in the era of Celebrity Worship. They want to climb up socially by literally playing a game in a smartphone.

Social media is not about doing stuff. It’s about showing stuff. 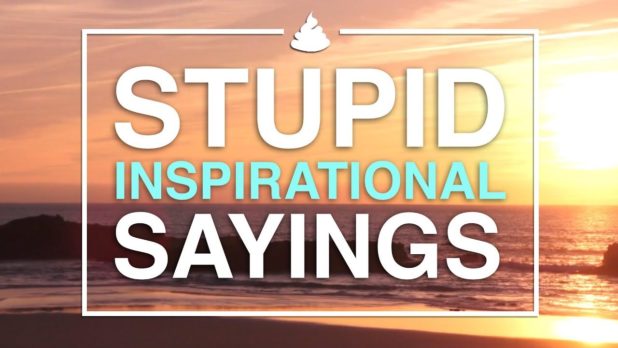 But what is going on with these quotes though?

Who writes these “inspirational” quotes that read like orders? 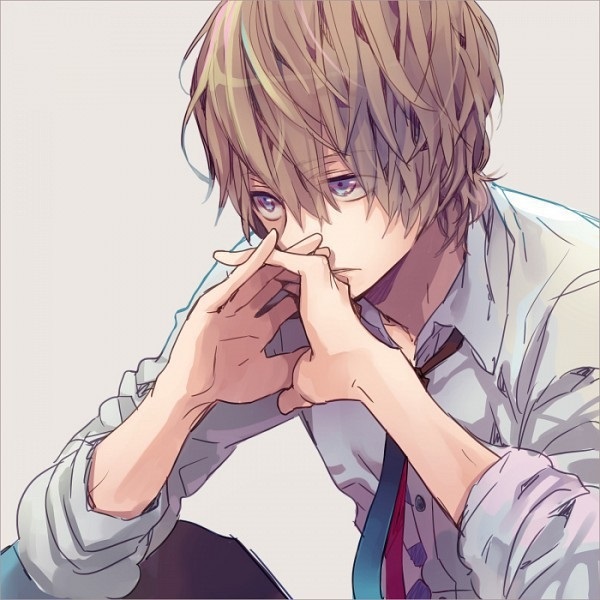 Successful people who are enjoying their lives and stop for a moment to write some vague instructions about it to post on social media?

Is this some kind of experiment? 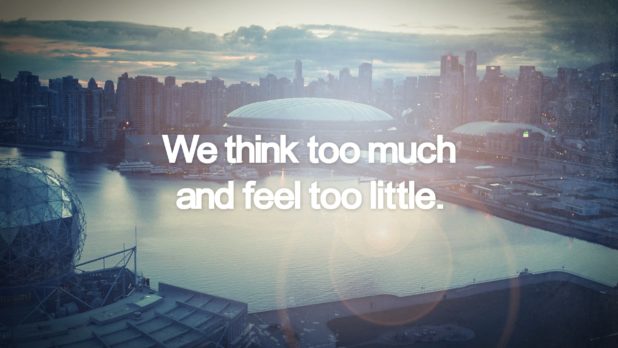 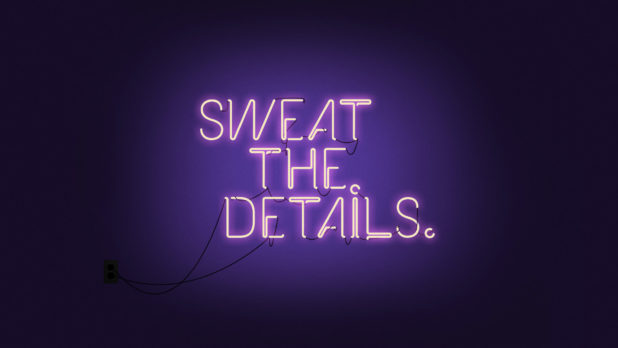 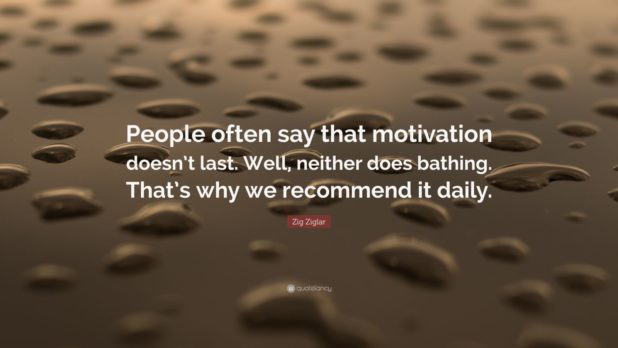 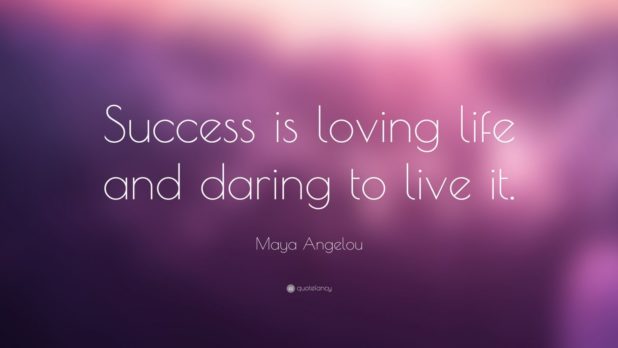 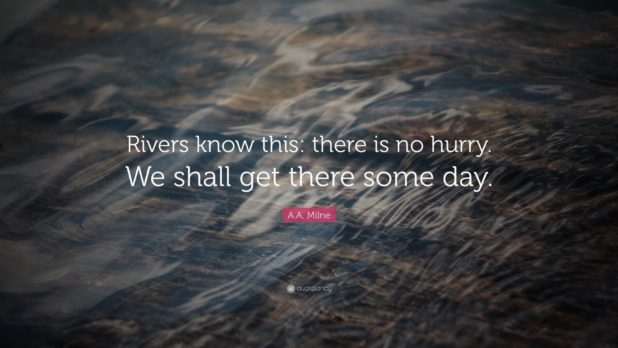 What does that even mean?

Where do all of these come from and why can’t I find any reading “Show them real Megalo Boxing”?

It would be a much more effective motivational device.